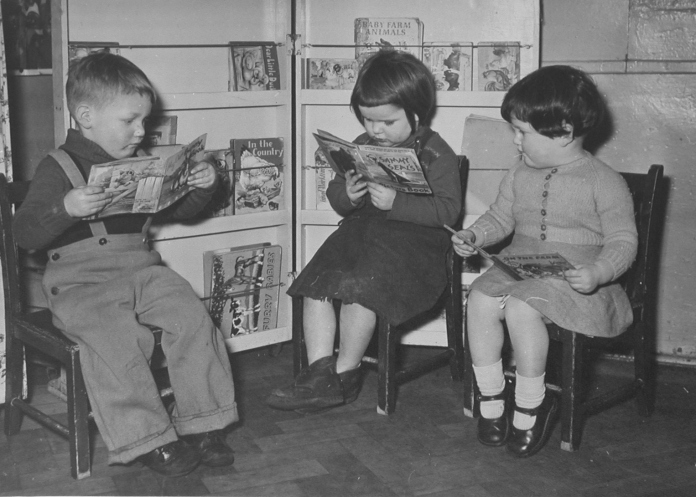 On Monday, September 14, 1959, I entered a school building for the first time as a student. Except for a three-year period in the late 1970s, I have followed an academic schedule ever since. Four-and-a-half years old at the time, life as I would know it began on a sun-swept morning in my hometown of Wellesley, Massachusetts, more than six decades ago.

In the 1950s, virtually every school system in the Northeast commenced exactly a week after Labor Day, which, in 1959 was on September 7. As a family, we stayed on Cape Cod for much of the summer, generally returning to Wellesley a few days before the start of classes. At the time, my skin was golden-brown from the sun. My hair had become egg-white in color from the continued exposure to Nauset or Coast Guard Beach. It had been an idyllic summer for a boy who was so active and curious!

The day before school commenced, my big sister, nicknamed DeDe, who was about to enter her junior year of high school, taught me how to write my name. As the youngest in a large family, much of my learning had already come through osmosis. In reality, my mother simply didn’t have enough time to teach her youngest child how to write his name until it was necessary. Back then, whenever I heard Mummie say to my oldest sibling, “DeDe, You will have to deal with Shaunie,” I knew that I was probably about to learn something new!

Consequently, I ended up sitting down on the floor of my bedroom with my reassuring sister, repeatedly scratching out my first and last names. At one point during the session, I remember my oldest sibling calling out, “Mummie! Shaunie is clearly left-handed!”

Just like Dad, I thought. That made me happy.

The next day, September 15, 1959, cobalt skies and cool temperatures greeted me as I began Nursery at Wellesley’s Tenacre Country Day School. My teacher, I learned, was a vivacious woman named Miss Cherry. She was in her mid-twenties, with coffee-brown hair and sea-green eyes. Significantly, my first teacher was the kind of effervescent presence that made me instantaneously feel both accepted and adored.

From the start, Miss Cherry called me “Shaunie,” and often patted the cowlick of my hair. Utterly fearless at the time, I liked to swing as high as I possibly could out on the playground swing set. I remember Miss Cherry once hollered to me, “Shaunie! If you swing any higher, we might not be able to bring you down from outer space!”

When we visited the Wellesley Fire Station later that fall, an official there asked if there was a nursery volunteer who would be willing to be carried down the fire pole with him. I stuck my hand up right away.

“That’s my brave Shaunie!” Miss Cherry bellowed as I shot down the pole in the Popeye arms of a veteran Wellesley firefighter.

Because I was a little boy who was perpetually hungry, I relished mid-morning snack time. We would line up in a “row of ducks” (as in Robert McCloskey’s Make Way for Ducklings). Miss Cherry would then good-naturedly give us each two saltine crackers and a glass of milk. This daily ritual would then continue when we sat down in our seats, waiting for her to recite “The Lord’s Prayer.” She would then have all of us raise our Dixie Cups filled with milk and then earnestly holler, “A toast to President Eisenhower!” We would all smile, raise our cups – and begin drinking. After all, Ike resembled our grandfathers – and was a war hero to boot!

During the activities period on that first morning of school, Miss Cherry asked us to kneel in a semi-circle around an American flag that hung proudly in the classroom. “I have a special surprise,” she cooed as we all looked at her with oval eyes. She then exclaimed, “Boys and girls, we are no longer ‘The Great 48’! We now have 50 stars for our fifty states!” When our teacher then went on to explain that both Alaska and Hawaii had just been added to the union, we all applauded. Miss Cherry then ceremoniously hung the classroom’s brand-new, 50-star flag.

Trouble ensued, however, when she then showed us where both of our new states were situated on our classroom map. I instantaneously raised my hand. “But, Miss Cherry,” I cried out, “those new states are not at all connected to us!” She gave me the first of what would be innumerable oh, Shaunie looks that year.

After snack, we lay on our blankets and had to be quiet for 30 minutes. During each rest period, Miss Cherry normally played such beloved Broadway musical soundtracks as South Pacific, Oklahoma, and The Music Man. One winter morning – when she was quietly creeping over to the record player in order to put on South Pacific for the umpteenth time – I tiptoed to her and whispered, “Miss Cherry, could you possibly play The Pajama Game if I brought our copy from home? It is full of scratches, though.” It was the only time that year that my beloved teacher didn’t answer me immediately. She was laughing too hard.

My most searing memory of my first day in school revolved around my hand-me-down Wellesley Little League jacket that I had worn to school that day. Mom had made such an enormous deal about me not losing the jacket that when I placed it in my assigned spot – hook number 6 – I repeatedly kept checking on it periodically throughout the day. Happily, though, I could now read my name under the hook, thanks to my big sister. When Miss Cherry saw me check the status of the coat one final time that day, she said sweetly, “Don’t worry, Shaunie. Your jacket won’t walk away by itself. I promise!”

At the end of the year, Miss Cherry left Tenacre, got married, and soon started having children. By third grade, she had moved away from the Boston area, and we never found out what happened to her after that. Nevertheless, whenever another school year begins, I inevitably think about Miss Cherry. 60-plus autumns after she first greeted me on my first day of school, the glow of her unconditional love still fuels me all these years later.